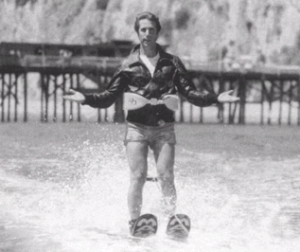 I like the show “Hoarders”. It’s a little scary to watch because there’s a little hoarder in me. Watching helps to remind me to keep that in check. And there’s the “morbid curiosity” factor as well. One of the regulars on the show is Matt Paxton. He seems like a nice enough guy and has led an interesting life. I think, however, that “Hoarders” may have jumped the shark, so to speak.

We’re not regular watchers, and I don’t know which shows are from which seasons. We watched two episodes last night that (I looked it up today) are from the current 2012-2013 season. The shark jumping occurs when Matt is left alone, at night, in the house with a “night vision” camera and tried to sleep in the hoarder’s home. OK, I get it. It’s dramatic. In one home, he was confronted with “overwhelming odor and 105-110 degree temperatures”. Ewww. In the second episode, he was lying on a pile of the hoard in the person’s bedroom with a bunch of dog droppings near his head. All in the glorious green glow of night vision. Double ewww. The show is generally graphic enough about the terrible conditions inside these homes and doesn’t need this drama. 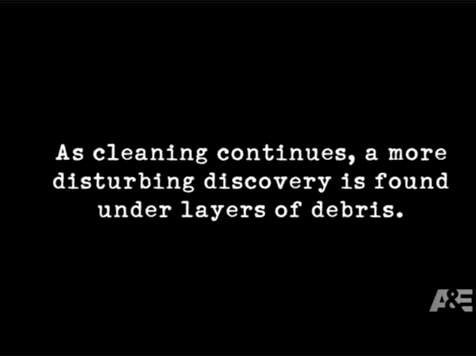 The pretense is that Matt will be sleeping in this house. Sure he is. I suspect it’s a little bit of unscripted drama, a chance to have him say swear words that get bleeped out and then off to a comfy hotel where a person can really sleep. It’s unnecessary. It’s a bit absurd. It’s shark jumping, “Hoarders”. Usually that would be it, but an interesting thin occurred to me.

I don’t want to see Matt making a fake attempt at sleep and describing the kinds of animal turds near his head each week. It’s not good television. But what if there are people out there who want this experience? Perhaps they are genuinely curious about the lives of hoarders and their suffering. Perhaps they are hoarders themselves and want some of the genuine comforts of home while on the road. No matter who they are, I have the answer: Hoarders Hotel.

There will be different degrees of rooms, from the “merely crowded with stuff but otherwise neat and clean” to the full on “pest invasion with years-old trash”. Since it’s a hotel, certain concessions will have to be made. I’m sure the health department won’t allow actual hoards in the rooms due to health, safety and fire concerns. It will have to be more theatrical dress. Fake trash, if you will. I’m sure a team of lawyers could help figure out the amount of authenticity we can provide without running afoul of local ordinances.

I’m sure a few piles of books and stuffed animals are perfectly fine, but actual rat droppings may not be. Modern climate control will allow us to set the temperature for each room (controlled by the hotel manager, not the guest) from Alaska Wilderness Winter to Saharan Summer Swelter and anywhere in between. We will most likely have to keep the plumbing working in each room, but if toilets are not a guest’s first choice, we’ll have a wide variety of receptacles available to meet the personal preferences of each guest. Infestations can be simulated with mechanical rodents, insects and other creatures along with proprietary special effects as required by the desired squalor level of the room.

The most difficult aspect will be getting the smell of each room right. Since we won’t be able to use real feces, dead rats, long-forgotten food in the fridge, maggots and other stink things, we will need special “Eau de Doo Dah Day” for the rooms. If the fine folks at Jelly Belly can conjure up “Skunk Spray”, “Barf”, and “Rotten Egg” jelly beans, we can get someone to help us get specific odors, such as “7-year trash”, “week-dead rat”, “mound of human waste”, and “general funk”. We could offer a nasal cacophony of odors. I’m thinking 30 or 40 ought to do the trick, with guests able to specify their preferences, or for the brave, opt for the “surprise package”.

I think this could work, especially if we charged a premium for the rooms and had a questionnaire filled out ahead of time to allow for customizations. The hard part might be hiring maids and getting guests to leave.

Either way, although I like the concept, it doesn’t really draw me. I’ll be staying at the Hampton Inn.