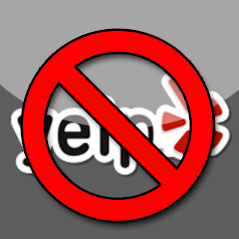 I used to make fun of PC Magazine’s John Dvorak, but have grown to appreciate his insight and writing over the past couple of years. He recently posted an article called “Rethinking Yelp“. It resonated with me in that he mentions an excellent sushi place close to him with poorer ratings than the nearby Taco Bell simply because the person who runs the excellent sushi place is rather stone-faced and appears unfriendly. He states that the negative reviews only mention this single facet, never the food, which is always good.

I recently posted a two-star review on Yelp of a local BBQ place that sucked. The food was mediocre, expensive for what you got, and the sides were out of a bucket you buy at COSTCO. Not worth going again.

I also posted a five-star review of a cheese shop that was out of this world terrific. I would happily link to these reviews on Yelp, but they have been filtered out. And frankly I’d rather not give Yelp and extra traffic. There is a link in the first sentence of this paragraph directly to The Truffle Cheese Shop, which I highly recommend.

I admit that I am irritated because Yelp’s automatic filter removed my reviews. They were not one-liners. They used no bad words. They were genuine and (I hope) useful. I woudl be proud to post the on my own blog, complete sentences and all.

But something in them caused Yelp’s filter to pick on them. Fair enough. Their site. Their rules. They are free to remove what they want when they want for the reasons they want. I’m not going to cry over it, but I don’t understand, as  Dvorak doesn’t understand, how some establishments get great reviews and have lousy food but smiling people (Taco Bell) and the stone-faced sushi place suffers.

In the case of the cheese shop, at least all the reviews were good for that place. So my only beef there is filtering my review. I wasn’t warning anyone away form a lousy place.

The BBQ place had mixed reviews, but still a 4 or 4.5 star rating, which is unbelievable to me. There were a few mentions of the happy staff in the reviews, so maybe Dvorak’s theory holds true. Even my review complimented the waitress and other staff with whom we interacted for being pleasant. That pleasantness doesn’t offset the lousy food experience, which is why I go to a restaurant. Perhaps people around here simply don’t know BBQ. Even so, there are excellent alternatives within a couple of miles. Oh well. Nobody will force me to go back the place I didn’t like, so that’s good. I was just hoping to warn away people who might have tried it. I guess they’ll have to find out for themselves, since Yelp is useless.

You failed me and you have failed others. You filtered me for what you admit are mysterious reasons. I guess it was fun while it lasted, but I have no further use for you and your potentially inaccurate reviews. And I’m certainly not going to offer you any free content if you’re going to remove it.

Guess I’ll have to write my own reviews on my own blog.

Posted in online, WTF and tagged BBQ, cheese, Jabo's BBQ, John Dvorak, PC Magazine, reviews, The Truffle Cheese Shop, Yelp
← My place in history will depend on what I can do f…As knowledge increases, wonder deepens. →