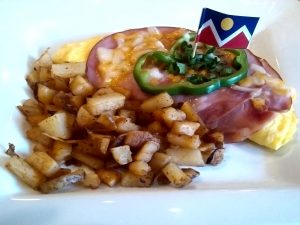 I’ve been to plenty of cities that have a specific food with which they’re identified.

Buffalo has chicken wings. Philly has the cheese steak. Memphis his BBQ ribs. And my most recent home town, Denver? The Omelet. Specifically the Denver Omelet.

I originally thought that when ordering an omelet in Denver, if you didn’t specify the type, you got a Denver Omelet by default. That is not the case. We ate this past weekend at The Delectable Egg, which claims to be the home of the Denver Omelet. So I decided since I’ve been here a year, it’s time to order the Mile High City’s eponymous breakfast. I even tried the “when in Denver” theory and simply ordered “an omelet”.

I got a bit of a confused look form the waitress as if I hadn’t finished my sentence. So I clarified by specifying the Denver Omelet and also expressed my excitement to be in the home of said egg dish. I don’t think she shared my enthusiasm, but was happy to take the order nonetheless. 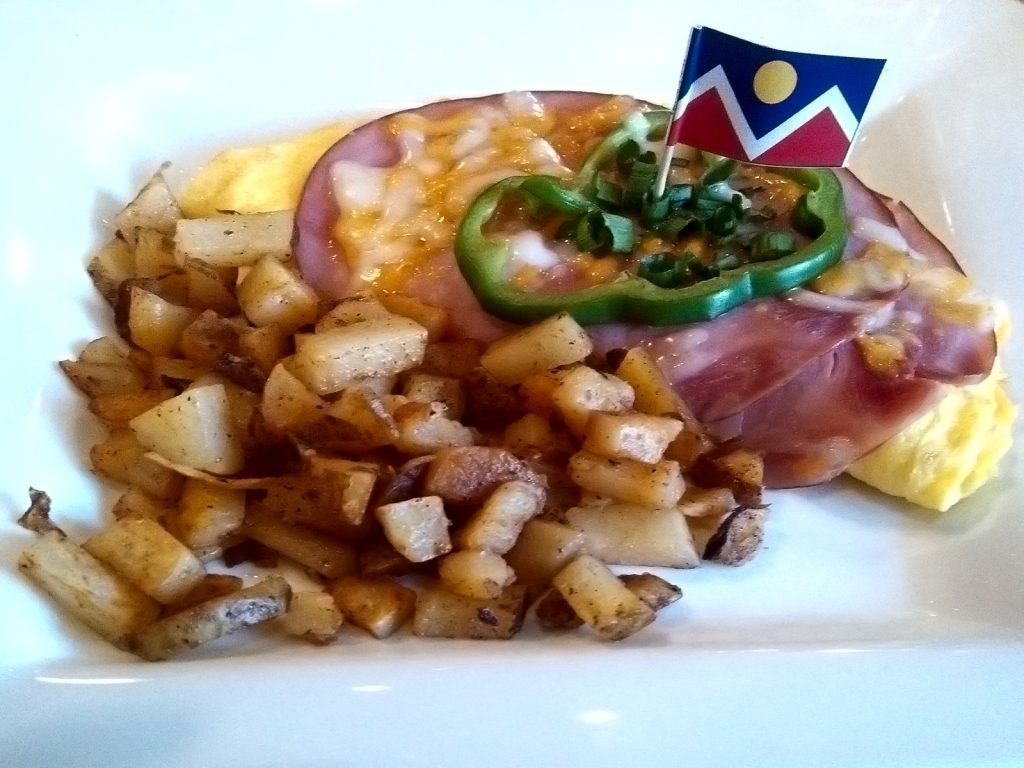 I must say I was really happy with it. It was well cooked and tasty. I was only slightly disappointed that I had to be specific, but a little paper flag of Denver stuck through a green onion ring into the omelet more than made up for it. Nice touch!

And next time, even in Denver, even at the home of the Denver Omelet, I know I’ll have to be specific.