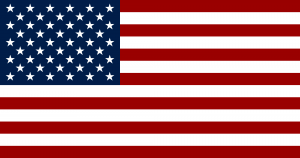 Eleven score and seventeen years ago, a bunch of brave and rebellious men declared independence from an oppressive and tyrannical king. The king started a war against the rebelling colony, which due to a lot of good luck, tenacity and strong will, won its independence. This fledgling nation had a lot of help from other countries, especially France, in its early days. Against the odds, it managed not only to survive, but to thrive. Over the next two hundred years or so, the United States of America became the greatest, most powerful, wealthiest nation on Earth. America was the envy of the world.

I was lucky enough to be born in America. The opportunities before me are not available to most people. Despite an oppressive, overbearing and intrusive government that is nothing like what the founding fathers would have imagined or tolerated, America is still the best country on Earth. This isn’t a criticism of our current administration, but our government in general. Members of Congress, the President, and an activist Judiciary have been gobbling up power and usurping the will of the people for decades, all while forcing those people to pay for it. It’s a gradual problem and we, the people, have let it happen. And we, the people will have to make a great effort to turn it around.

Even though I don’t like our current President and most of Congress, I respect the offices they represent. In spite of them, I am a proud American. I look at who we are as a nation of people, rather than our so-called leaders who resemble a dictatorial aristocracy more and more. When I look at the American people, I am proud. Many of us are still innovative, hard-working and honest as we have been for 237 years and more. We manage to persevere even with the government intruding into every facet of our lives, both personal and professional.

The Americans who “just get it” and keep on in spite of the challenges set before them are the people I salute and admire today. I also salute the Americans like them who came before us, expecting nothing but giving everything. They all embody the spirit of what John F. Kennedy said when he said, “Ask not what your country can do for you; ask what you can do for your country.”