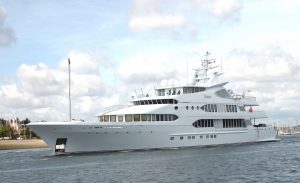 My poor email box. It’s constantly getting bombarded with messages from all sorts of sketchy companies touting products I don’t need or want. The amount of spam I get increases and decreases seemingly at random. Despite  having rather strict filters on my email account, lots of spam gets through. I’m not happy about that but it is what it is, despite my best efforts.

I realize that spam is indiscriminate. It doesn’t know or care that I’m a male. I get emails about female issues as well as male ones. I get mortgage offers depsite not owning a house. It’s clearly not targeting any one person in particular the same way a nuclear bomb doesn’t target a particular person. Just spread as much fun as possible. WEEE!

Spam emails usually try to get me to enlarge this or sell me pills to do that, or cars, or fast food gift certificates, or Russian brides, or Citrix seminars (shame on you, Citrix for allowing spam like this to go out with your name) or specious celebrity endorsements like Beyonce, Dr. Oz (who is a product whore), Oprah, etc. I know those celebrities have nothing to do with the emails (except for maybe Dr. Oz) so they get a pass. It’s annoying but somewhat amusing as well.

Something changed recently. Instead of trying to sell all those wonder things or steal my identity, I have moved up in the world. In addition to the usual fun, I now get spam emails for yacht rental and private jet flights. Or at least that’s what the subjects say. They get deleted before I can open and read them. But I’ll assume that the contents actually refer to jet-tastic goodness and yachty-fun!

So spam is going upscale.

I can’t imagine anyone who would want to rent a yacht or private jet would think, “Gee, this unsolicited mass email might have a point. I think I’ll give them my Amex Black number and see what happens. I could use a flight to Monaco and a few weeks aboard a 70-footer.” I know I’m not able to do that. Not even close. The closest I’m going to get is a Southwest flight to Ft. Lauderdale to hop on a Celebrity Cruise. And I’m not getting spam for that.