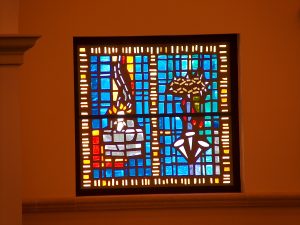 I put that to an end right there.

I told her “I’m not a Christian, but don’t ever not wish someone a Merry Christmas. If they can’t handle sincere good wishes, it’s their problem and not yours. Too bad if you offend them.” Hugs for everyone! She looked relieved.

If you’re a Christian, then “Merry Christmas” is a thoroughly appropriate thing to say. And if you’re not, it also is. How can people get offended about a sincere greeting that involves something they don’t believe in? My litmus test is if they’d be offended by me wishing them a Happy Unicorn Day. If they are, then they’re clearly weird and like to get offended for no reason. And if “Happy Unicorn Day” doesn’t offend but they’re still offended by “Merry Christmas”, then they’d bigoted against Christianity for some reason. Either way, it’s their problem and not mine. I’m not going to let someone else’s prejudices ruin my day.

Here’s the truth about “Merry Christmas”: no matter who you are and what you believe, it’s a nice thing to say, folks. It is not a denunciation of your own beliefs or someone forcing their own upon you. The Inquisition died out a few centuries ago. Denying Christmas greetings doesn’t remove all that offensive Christianity from the calendar, so get over yourselves.

Posted in Holidays, People and tagged Christianity, Happy Holidays, Merry Christmas, people
← It’s a two can of Ten FIDY night, knowwhatImean? …There are certain things I just don’t get →