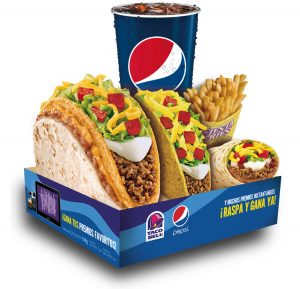 I’m in the office working on the computer. Sheri is in the living room watching some sort of music awards thing. (I suspect it’s morbid curiosity rather than caring about who wins what.) I can hear some of the songs, and they sound like wounded animals whining about something or other with a drum track.

Anyway, there’s an artist named Ariana Grande. Sheri asked (facetiously I presume) if I had heard of her. I said, “nope”. Sheri’s reply was that “Ariana Grande” sounds like a burrito you’d order at Taco Bell.

Posted in Fun, People and tagged Ariana Grande, bad, burrito, music awards, Taco Bell
← A random thoughtTweet: I just came up with an idea on @Quirky! Join with… →