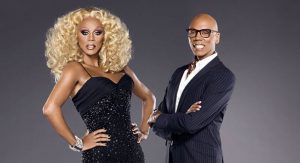 At work, we primarily develop in WordPress, which started out as a blogging platform but had really evolved over its ten years into a full-fledged Content Management System (CMS).

Another popular CMS is called Drupal. It’s officially pronounced “DROO-pol”, but I pronounce it “dru-PAUL” like the famous drag queen with an extra letter. I’ve always done this. Don’t ask me why. It’s not disrespect. I don’t have enough experience with Drupal to really form an honest opinion. Perhaps I like the humor of it.

I was talking with one of the managers at work and kept saying Drupal my way and it was getting on her nerves. She finally stopped the conversation and told me the correct pronunciation. I told her I know, but my way sounded better. Not to mention Drupal is just WordPress in drag.

From then on, she liked my way better.