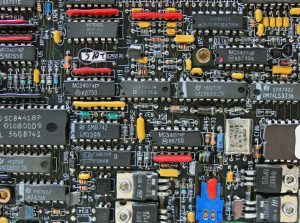 I have been a Windows user for over twenty years. I have used Linux on the desktop for around ten years. My primary work machines have run Linux for around four years. I never really used Macs. I have tried in the past, but it just never really worked out.

OS X looks good on paper, but I always found its resistance to customization and inflexible user interface off-putting. I owned a Mac a while ago, but never really used it beyond the occasional testing of things I was developing “on a Mac” to say I did, or to verify compatibility with Safari.

When I started my new job on January 4, 2016, I was given a Mac. It’s one of the top-of-the-line Macbook Pro models with a Retina screen, a fast-ish CPU and a solid state drive (very fast). And I have actually gotten things done with it.

I really wanted to just throw Linux Mint on it, but one of my new coworkers gently told me it isn’t that painful to learn the Mac way of doing things. My biggest gripe is that keyboard shortcuts are dramatically different in a lot of cases. Linux and Windows are pretty much the same. OS X annoyingly has completely different cursor movement keys (Home, End, etc.) that go against established conventions in the Windows and Linux world. And there is no practical way to universally re-map them that I have found.

So I have to re-learn shortcuts at work and un-learn them at home. And there are the user interface differences like the position and function of buttons. Some of that is mitigated by software like Moom that doesn’t necessarily replicate how Linux and Windows work, but makes window management a lot easier.

I’m a week and a day into it and it’s actually working pretty well. There are still quirks and annoyances, but I am adjusting to them. So the old dog is learning new tricks. With that said, I don’t see myself converting to the Apple ecosystem any time soon. I do see it becoming another piece in my toolbox.

UPDATE: About a year in, in February 2017, I gave up on OS X and Apple in general. The hit in my productivity and the feeling that I was constantly fighting that damn thing all the time wore on me. I traded my Macbook Pro for an even-better-equipped ThinkPad that cost $1,000 less. I threw Linux Mint on it and have been happy ever since.

It’s not that Apple stuff is bad. In fact, one of the reasons I have difficult using OS X (or MacOS now, I guess) is the main reason one of my fellow developers likes it: stuff just kind of sort of works “out of the box”. And I can’t argue that. But I can argue that it works in a way that’s counter to my productivity. When Linux does that, at least I have the option of changing things. With Apple, it was a fight at best or worse, entirely impossible.

Posted in Updates, Work and tagged computers, Linux, OS X, Windows
← Organizing the ones and zerosWell that was fast →