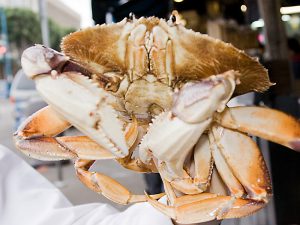 I guess it’s “People behaving oddly in public” week on my blog. Here’s another story that took place a few months ago.

I have a weekly meeting I attend, and in order to grab a bite before the meeting, I go to an Indian Restaurant near the meeting location. Sheri usually joins me and we have the buffet. One wall of this particular restaurant is mirrored, which gives a good view of the entire dining room. This detail will become important shortly.

While enjoying our curries and chutneys, a young lady who looked to be in her late teens walked into the dining room. She milled about for a few seconds, and then went over to the dessert section of the buffet. I was sitting more or less in front of the buffet, but I could see her in the mirrored wall. She thought nobody was looking and grabbed a piece of something with her bare hand, sniffed it, and then put it back.

Sometimes my filters don’t kick in and I blurt something out. This was one of those times.

“Oh no you didn’t just grab a piece of food and put it back!”said I.

She was visibly shaken. I think her first reaction was one of astonishment at being seen and her second stronger reaction was one of embarrassment. She quickly grabbed the piece of dessert from the steam table and held it in her hand. Rather than eating it, she treated it like some sort of poo that she didn’t know how to get rid of. She clearly didn’t want it in her hand, but she also wasn’t about to put it back in the tray for fear of me sounding the alarm again.

After a few uncomfortable moments, she popped it in her mouth and ate it.

I figured all was over. The girl looked like she was about to leave when the owner came out and greeted her. The owner was oblivious to the steam table shenanigans that had taken place only a minute before.

The girl asked, “Pardon me, are you hiring?”

I didn’t hear the rest of the conversation between the owner and the would-be employee. It was brief and the girl left.

That’s when I called the owner over and told her what had taken place. She seemed slightly taken aback, but explained that she wasn’t hiring, so the girl had no chance either way.

I finished my dinner, but I did skip dessert.

Posted in America, People and tagged broken filters, dessert, dinner, embarrassment, girl, Indian buffet
← Be yourself; everyone else is already taken.The advantage of a bad memory is that one enjoys s… →